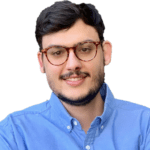 While studying, Bill was lucky enough to be involved with a number of resource companies, collating and analysing datasets from a range of sources. This also allowed him to get a start in the geospatial world – spatially analysing historical maps and associated information.  He was also involved in a local environmental volunteering program, which provided a means to gain practical experience in land management and restoration.

As part of Select Carbon’s remote sensing and GIS team, Bill undertakes analyses of large areas of Australia’s unique landscape. He utilises GIS applications in unison with statistical and algorithmic methodologies to quantify and determine forest cover change over time.  He takes pride in being part of a team that is making a genuine impact on a cleaner and greener tomorrow.